Thanagara
Mystara
Brun
The Fields of the Dead

Located far north of the Kingdom of Nathania midway between that domain and the Kingdom of Dolfheim, and north of The Great Northern Wildlands, the original name of the city of Thanagara has been lost in history.

Legends tell that the ruling cabal of spellcaster were seeking unlimited power and build two towers: the Tower of Life and the Tower of Death. Using poisonous gas they sacrifice all his citizens to the immortal Orcus in order to achieve immortality. The cabal acquired the form of Shades and were later known as the Shade Nobles of Thanagara. The city is also guarded by the dreadful Thanagara Skeletons.

After that the city and its surrounding desecrated lands became a magnet for undeads who were drawn to it. This area of 24 miles around the city is called The Fields of the Dead.

On 1003 AC a villain named Penn Payclub Sytomel, with the Wand of Orcus reached Lichdom and took control of the city becoming a more dangerous place than before. 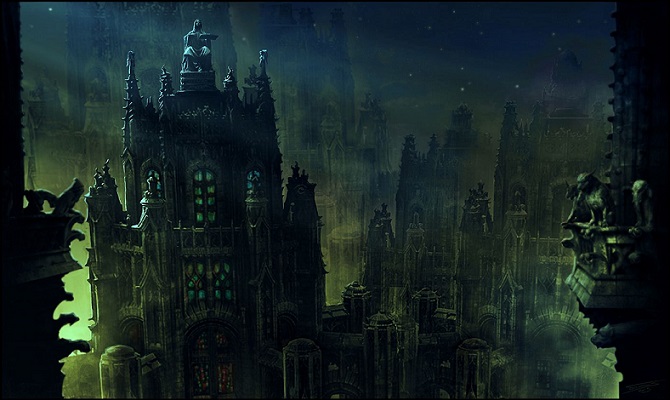 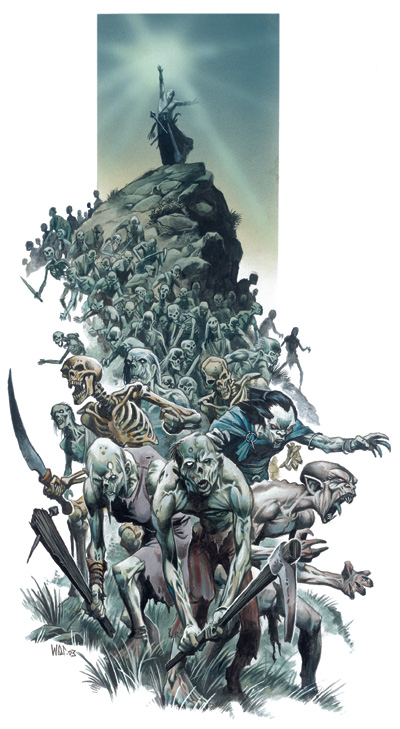