Known World
Mystara’s outer surface consists of three principal land masses: the continent of Brun, the continent of Skothar, and the continent of Davania, plus the island continent of Alphatia. In the officially published material, the Known World concentrated on the eastern portion of Brun along with the lands of the Sea of Dawn. The continents of Mystara resemble those of the earth approximately 135 million years ago.

The inhabitants of Mystara are diverse: humans of all races can be found here, along with myriad creatures such as elves, dwarves, halflings, orcs, and dragons.

See Mystara for more information on the countries of the Known World. 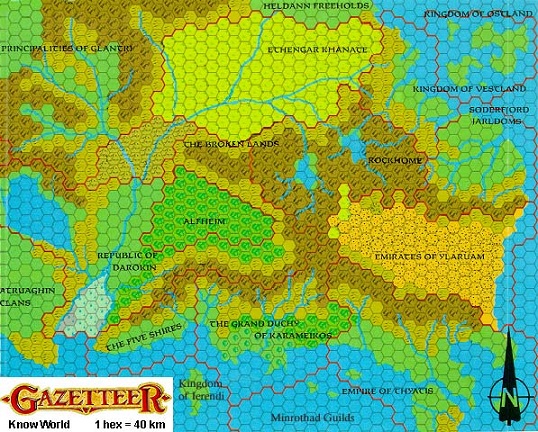