Flora and Fauna: Some sea creatures venture in or near the sunken continent, and some probably inhabit it. Undead abound. Remnants of surface flora and fauna are decaying, and are gradually replaced by their sea counterparts: algae, fish, squids, aquatic beholders.

With its immense size and use of magical arts, Alphatia boasts a wide variety of plant and animal life. One may find examples of just about any life form known, as well as some previously unknown types. 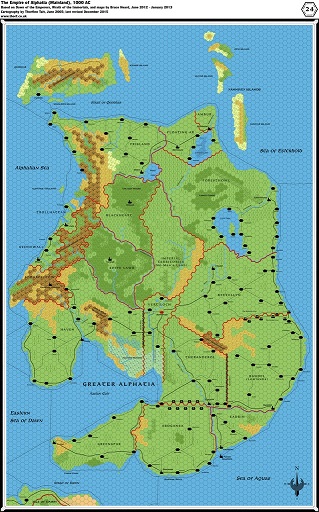