Daughter of a Chef

Rahela Zugravescu is the daughter of Beniamin Zugravescu and as one of the most famous citizens of Threshold ( his father is) she tries to hard to be noticed by everyone.

Helethil Bluebelleyes and Rahela became friends. After a while, Rahela left the work at her father’s and became a ranger training with Irina Petran.

Rahela Zugravescu trained with Irina Petran and using her saved the rest of the group. She remembers when Irina and Camelia were kidnapped by the goblins of the Dread Horde. She explains about the kidnap. “ I check the tracks and there was no battle. Maybe Irina and Camelia were taken by surprise and then the kobolds took them away. “ She was also under the impression that the symbol left was upside down. “ To me it look like a hut with a roof or an A with the middle line in the top. “ 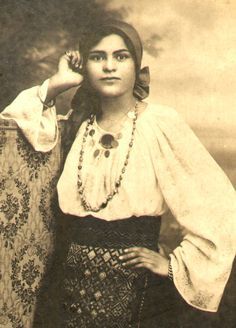