" A spring of white, a white spring,
of odd and light, of loss and win,
I never drink from the white spring,
I drank once more on early spring,
and never more I’ll drank of this. "

An elderly man known as Erias-of-the-White-Birches is the only human (in human form- who still lives on the island, and is apparently cared for by the Whitenight Abbey druids or maybe he cares for them. Stranded on White Island by a shipwreck as a youth, Erias was driven insane before he was found by the Ierendi Royal Navy. He was rescued, and attempts to cure him using magic were unsuccessful. He escaped the authorities, stole a boat and returned to the island. He was rescued again a few times before the government gave up as he always escaped, and always found a way to return to the White Island.

He wanders the island jumping and singing or running in fear like a mad man. He sometimes greets visitors, other times hides from them and leaving fruits and dead birds for them to be found. He is fond of leaving flowers arrange in strange shapes in the path of strangers or dumping a shit in their boats, sometimes both.

" They left, because were pushed away, but they are always dreaming… "

Typical of the victims of the White Island dream visions, Erias is apparently unaware of his surroundings, and rambles incoherently about a rapturous “night of light, a night so white,” a blinding spiritual dream-presence that is at once brilliant and mind-wrenching. Clerics asserts that it is these dream visions that drive visitors to the island mad overnight.

" If you wake them, they will eat the flavor out of the fruit and paint the roses… "

With rest and clerical assistance, those who spend only a night or two on the island often recover fully. Those who remain longer are generally not so fortunate, like Erias.

" Once upon a time, once time went by, they were forgotten, but they didn’t forgot you!… " 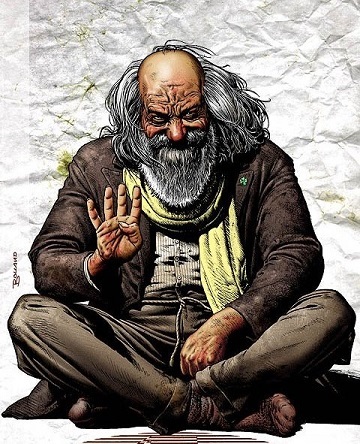